EdX and the Convergence of MOOC Learning Management Systems (LMS). 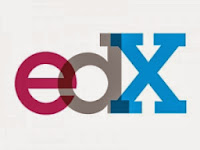 The past week has witnessed an important development in the convergence of open course management systems for MOOCs.


Course Builder open source project is an experimental early step for us in the world of online education. It is a snapshot of an approach we found useful and an indication of our future direction. . . . edX shares in the open source vision for online learning platforms, and Google and the edX team are in discussions about open standards and technology sharing for course platforms.

At about the same time, Stanford announced that it would be closing Course2GO and partnering with edX for further development of open source MOOC management tools.


According to Stanford's announcement, open source online learning platforms such as edX will allow universities to develop their own delivery methods, partner with other universities and institutions as they choose, collect data and control branding of their educational material.
While Stanford and its professors will continue to use several providers of online courses, including Coursera and Venture Lab, the university will stop developing its own platform, Class2Go. Instead, aspects of Class2Go will be incorporated into the program developed at edX, a nonprofit launched by Harvard and MIT last year. The resulting software code will become available, or open source, on June 1.

In Stanford's news release, edX president Anant Agarwal predicted that the edX platform will now become the "Linux of learning."
Now edX has partnered with Google to form MOOC.org, a platform to enable all schools, organizations or individuals to author and manage their own MOOCs.

As Steve Kolowich reports in the Chronicle,


The new site, MOOC.org, will provide tools and a platform that “will allow any academic institution, business, and individual to create and host online courses,” says a blog post by Dan Clancy, a research director at Google. In an interview, Anant Agarwal, president of edX, referred to the site as a “YouTube for courses.”

The resulting open source system will by 2014 enable anyone, anywhere, to develop MOOCs free from dependence upon commercial learning management systems like Blackboard.

EdX won't be all things for all people, but it promises to be both the Linux and the YouTube for massive online courses.