Can it Be Real -- A Free All-MOOC University Offering Credits and Degrees? 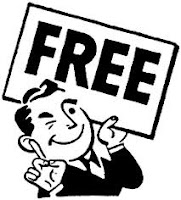 The New Indian Express reports on World Education University (WEU) a non-profit that opened earlier this year and promises to offer free MOOC-based degree programs in many fields. The university was incorporated in March 2012 and according to Curtis Pickering, the founder and CEO of WEU, students will be able to  enroll for both for-credit and non-credit courses, undergraduate and graduate degrees and certificate programs. Schools will include Colleges of Arts and Humanities, Business, Education, Engineering and Computer Sciences, Health Sciences, Hospitality, Tourism and Retail Management, Legal Studies and Psychology.

One unique feature of WEU, Pickering states, will be a social justice theme running across all courses and degree programs. Pickering added that "WEU will revolutionize education by changing the financial structure of the industry. Free education will be made available to anyone, at any time, and any place."

The non-profit firm seeks to raise revenue through ads, and by selling student information to its sponsors. It plans to lease courses from an accredited university, but so far has not released any further information about either its courses or the university behind them.

Steve Kolowich, reporting in Inside Higher Education, notes that WEU has alarmed both high-tech and traditional educators. Ellen Wagner of  the Cooperative for Educational Technologies - a non-profit that  promotes the effective use of technology in education, says
“I don't know that I would call it ‘snake oil’ exactly, but it is certainly naïve . . . And opportunistic.”

Meanwhile, WEU will have to jump the accreditation hurdle or it's courses and degrees won't be recognized in the current system.  Only when accredited can they call themselves a "university," according to Alan Contreras, a former watchdog for Oregon’s Office of Degree Authorization. Until then, says Contreras, WEU is merely the sum of its marketing rhetoric. “If they are not issuing degrees or academic credits, they are not a degree mill.” At the same time, “they are not a university, either . . . They are a sack of vapor until they get authorized,” Contreras stated in an email to Kolowich.


Meanwhile, WEU continues to 'enroll' students - 50,000 have signed on so far - and gather their data, presumably for re-sale.

There are two questions that must be considered in evaluating WEU's chances for success.
The first is whether they can get accredited?

Skeptics may declare that WEU is a fraud that will disappear without a trace. I am not so sure. John Sperling faced both skepticism and endless setbacks in his effort to get his degree programs for working professionals established at traditional universities - because the accrediting agencies threatened to withdraw accreditation - and then at the University of Phoenix. But eventually The University of Phoenix gained accreditation and for-profit convenience universities immediately had a profound effect - for better or worse - on higher education. For now I share the skeptics uneasiness, but i wouldn't be too quick to count Pickering out of the accreditation process even before he gets started.

The deeper question is whether Contreras is correct to think that the current accreditation system is the only game in town.  I think not. With firms seeking highly specific capabilities to meet well-defined short term needs, and able to locate these through online search at low cost, the university degree no longer has a monopoly as job filter. Learners can build digital portfolio resumes, complete with MOOC certificates and videos demonstrating capabilities, and compete against those able to demonstrate only a standard, general level of knowledge through a diploma. Meanwhile, those learners uneasy about the lack of a university degree on their resumes, may be enabled to fill in that 'line' with a 'degree' from an unaccredited university and pass through the personnel department's filter.
Posted by Leonard Waks at 5:06 PM