Slowing the Train to MOOCville

Over at Inside Higher Education, Ry Rivard reports that many hgher education leaders, and even MOOC founders, are having second thoughts about the spread of MOOCs. 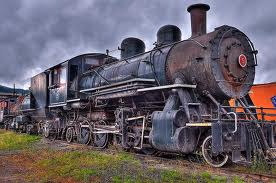 He notes that Dan Greenstein at the Gates Foundation, which has generously funded MOOC development, now "wonders aloud whether MOOCs are a viable thing or just a passing fad." Greenstein adds that Higher Education is now suffering from "innovation exhaustion" and that MOOCs are part of the problem. He worries that we have skipped a step in the development process - providing a solution before defining the problem. He suggests that before going further we need to figure out where higher education is heading, and where we want it to be in 10 or 20 years.

I do not agree with Greenstein. The problem has been building for a couple of decades. (Greenstein must know this). There is a screaming need for low cost and constantly updated opportunities for learning and knowledge acquisition in today's global knowledge economy. Young people all over the world seek this access. Meanwhile, college education has priced itself out of the market, creating a nasty polarity between haves and have nots. And employers continue to use the college diploma as a filter, to lower their transaction costs in acquiring knowledge workers, forcing more and more young people to go deeply into debt to purchase diplomas which may "qualify" them for employment but do not provide the capabilities required for work success. So no-cost flexible up-to-date education with low-cost certificates of mastery - which inevitably will in one way or another be used as job filters - solves this pressing problem well. And that explains the hundreds of thousands of students from every nation on the globe registering for MOOCs.

In the rapidly changing and complex knowledge economy it is impossible to say what "we" want for higher education in 10 or 20 years, or what we should expect higher education arrangements to be. From the middle ages until the civil war, colleges and universities changed little. Despite the increasingly loud calls for practical education in agriculture, engineering and commerce, the colleges refused to sully themselves with such "trivial" matters. But then brand new institutions emerged: engineering colleges like MIT and RPI, graduate research institutions like Johns Hopkins, and the land grant colleges. In the twenty years following Charles Eliott's ascent to the presidency of Harvard in 1869,  American higher education changed beyond recognition. The entrenched insiders, the "we," talked about "innovation exhaustion" and got rolled over. If change had waited for them to figure out what they wanted for higher education ten or twenty years ahead, it would never have taken place. Instead new men for a new time (wasn't that what Creon announced at the beginning of Antigone) took the lead.
Posted by Leonard Waks at 5:09 PM